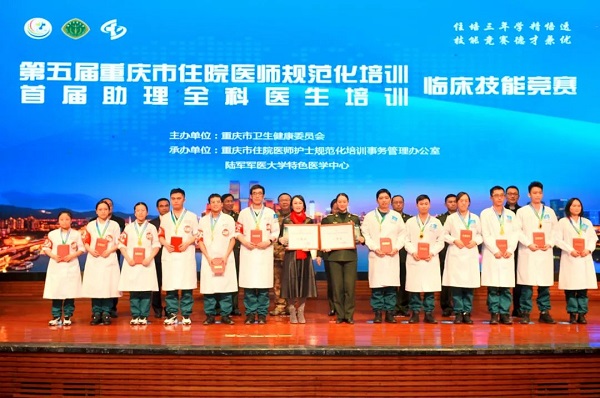 The CQHCWC team receives an award after the competition. [Photo/CQHCWC]

The team from the Chongqing Health Center for Women and Children (CQHCWC) won the first-place prize, after reaping second-place prizes the previous two years.

Yan Yunsheng from the Intensive Care Medicine Department acted as the team leader, and the five team members were Zhao Jun, Lan Jian, Duan Zhongmei and Liao Caiyang from the Gynaecology and Obstetrics Department, as well as Peng Xiaoying from the Pediatric Department. 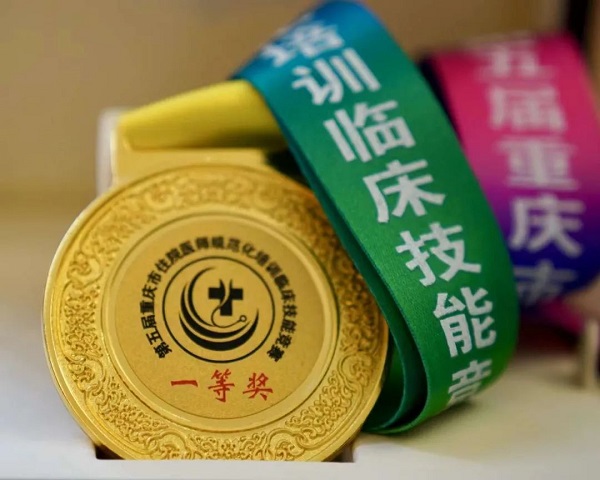 The competition included two rounds of contests and made use of a large number of standardized patients and wearable teaching aids to simulate real clinical scenes. It also examined the clinical thinking abilities and skill-level of competitors by designing a large-scale public health event – an explosion in a chemical factory laboratory.

CQHCWC competitors displayed strong team spirit during the event, which also saw an improvement in the training of resident physicians in the hospital.

During the training, officials such as Wang Jian, secretary of the Party committee of the CQHCWC, and Qi Hongbo, president of the hospital, visited team members and encouraged them to train hard. The science and education department also cooperated with other departments to provide professional guidance and logistical support for training. 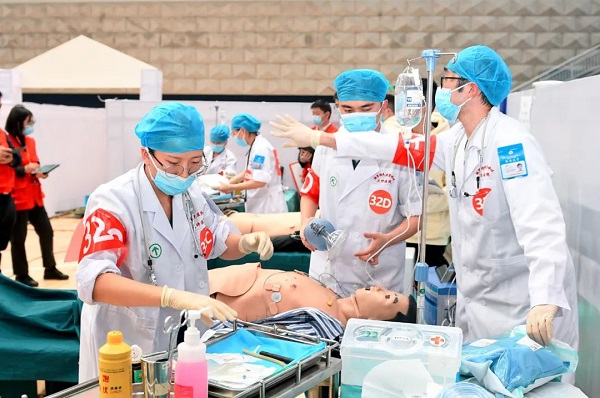 Moving forward, the CQHCWC will continue to strengthen the construction of a standardized training base for resident physicians, promote the coordinated development of medicine, education, and research, and make new contributions to building a modern international maternity and child hospital.