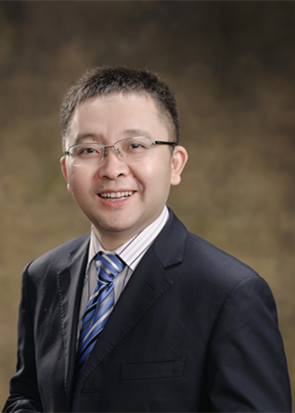 Personal resume: Qi Hongbo, a second-level professor, has a doctorate in medicine and is a doctoral supervisor at Chongqing Medical University. Qi is now the president of the Chongqing Health Center for Women and Children (CQHCWC). He once served as director of the Obstetrics and Gynecology Department of the First Affiliated Hospital of Chongqing Medical University and was an academic leader of national key clinical specialties at the hospital.

In addition, he is vice-chairman and secretary-general of the Chinese Society of Perinatal Medicine. He has earned many national and municipal-level titles such as "National Candidate for the New Century Talent Project", "Young or Middle-aged Expert with Outstanding National Contributions", and "Young or Middle-aged Expert with Outstanding Contributions to the National Health Commission", enjoys special allowances from the State Council, is a leading expert at Chongqing's chief expert studio, is a "Chongqing Chief Medical Expert", is one of the first batch of Chongqing medical leading talents, is a leading talent of Chongqing's Hundred-Thousand-Ten Thousand Talent Project, is a "Chongqing City Academic Technology Leader", and is among the "Fifth Chongqing City Model Workers and Advanced Workers".

Published works and other projects: Participated in several editions of Obstetrics and Gynecology, once acting as editor-in-chief and several times as an associate editor. He co-edited more than 30 works, including Dystocia and Midwifery, and participated in the formulation of more than 60 guidelines and expert consensuses of the Chinese Medical Association. He has won funds for more than 30 projects, including national key research and development programs and key and general projects of the National Natural Science Foundation of China. He has won five awards, including the first-place prize of Chongqing's awards for progress in science and technology. He has also published more than 80 Science Citation Index (SCI) papers in Lancet sub-journals, Cell sub-journals, and more.