The Chongqing Health Center for Women and Children (CQHCWC) and the Giannina Gaslini Institute of Italy reached a cooperation agreement on July 13 with a memorandum of understanding on cooperation signed in both Chongqing in Southwest China and Genoa in Italy. 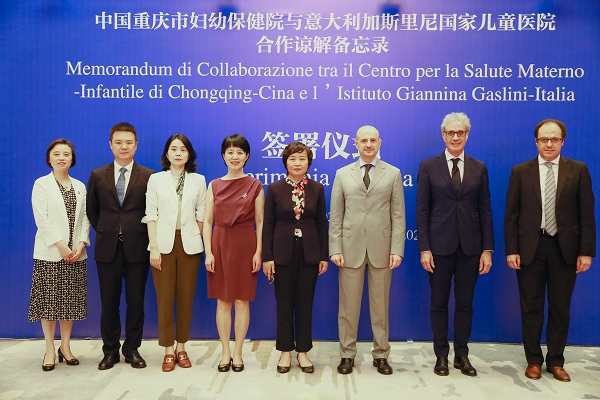 Attendees of the signing ceremony pose for a group photo on July 13. [Photo/CQHCWC]

More than 50 attendees participated in the Chongqing signing ceremony, including Guido Bilancini, consul-general of the Consulate General of the Republic of Italy in Chongqing, Deng Li, deputy director of the Chongqing Municipal Health Commission, and Wang Jian, secretary of the Party committee of CQHCWC. 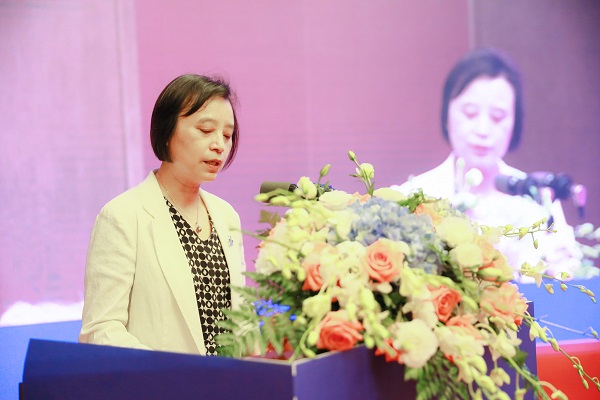 Dan Yang presides over the signing ceremony in Chongqing. [Photo/CQHCWC]

Addressing the ceremony, Bilancini said that China and Italy boast extensive cooperation in medicine and healthcare, and the two cooperating hospitals have both made some remarkable achievements in women and children's medical care.

The consulate will offer its full support to the partnership and promote medical and health exchange and cooperation between the two countries, he added. 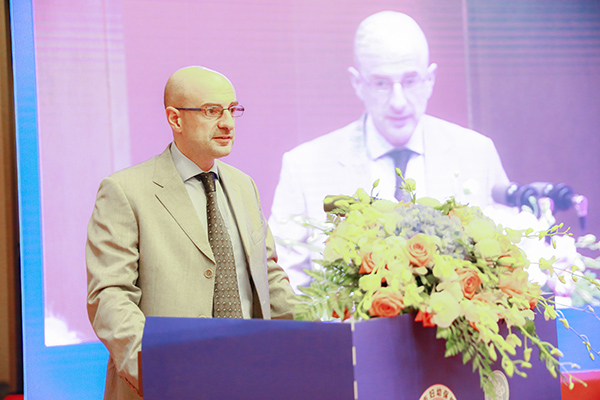 Deng expressed hope that the two hospitals will strengthen cooperation and accelerate cooperation projects so as to develop more rapidly and benefit people living in the two places. 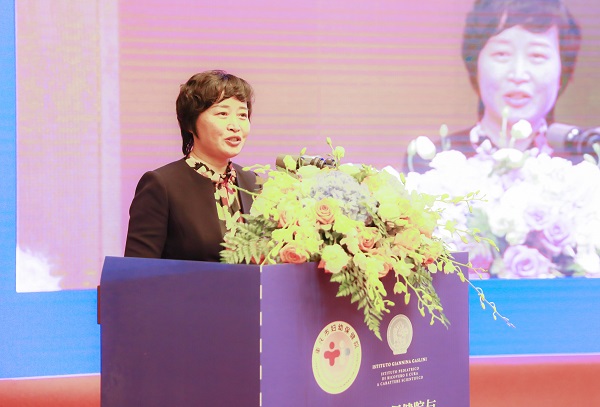 Deng Li speaks at the signing ceremony on July 13. [Photo/CQHCWC]

Wang Jian and Renato Botti also spoke at the ceremony, saying that the two hospitals will focus on the deep integration of new neonatal treatment technologies and cutting-edge research, and are expecting cooperation in areas such as discipline development, talent cultivation, technological innovation, and academic exchanges so as to cultivate high-quality professionals and promote the development of maternal and child healthcare in the two places. 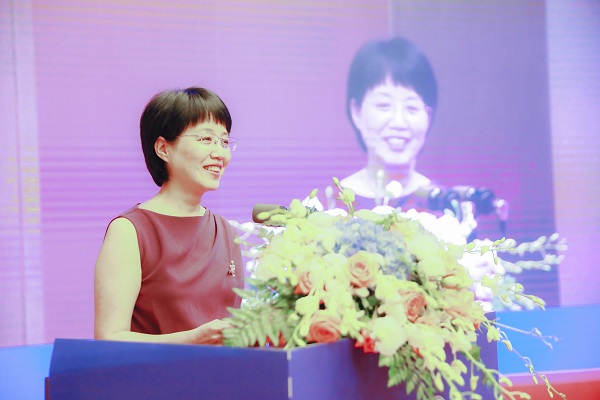 Wang Jian speaks at the signing ceremony in Chongqing. [Photo/CQHCWC]

Moving forward, CQHCWC will work to further strengthen international exchanges and cooperation and strive to build itself into a modern international hospital for women and children.