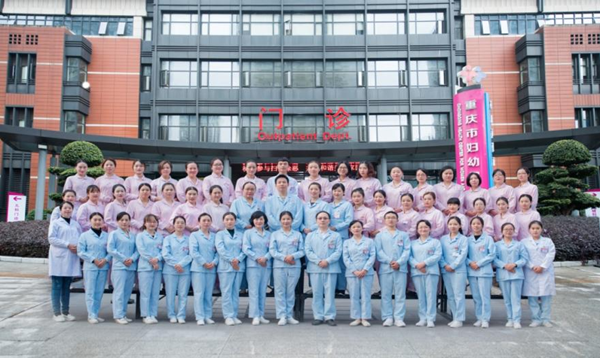 Staff members of the Neonatal Department of CQHCWC [Photo/CQHCWC]

The Neonatal Department of Chongqing Health Center for Women and Children (CQHCWC) was established in 1985, and the Neonatal Intensive Care Unit (NICU) was set up in 2006. It currently has 100 beds, including 20 NICU beds. The department has a premature infant ward, an intensive care unit, a general ward and a family ward. In 2019, it received 4,823 patients.

The department is the critically ill neonatal treatment center in Chongqing and a national-level coordination base for the standardized training of neonatal specialist physicians.

The minimum gestational age of preterm infants successfully treated at the department is 25+3 weeks, and the lowest birth weight is 660 grams. The overall survival rate of preterm infants is 98.88 percent, and that for infants with ultra-low and extremely-low birth weights is 77.5 percent and 97.64 percent, respectively. The department's treatment and survival rates have made it a leader in Chongqing and top-level facility in the country.

It also built a perinatal medicine center equivalent to the German Class I (the highest level) standard. The premature infant perinatal and delivery room management level and the comprehensive treatment level of ultra-premature infants have gradually increased to reach international standards.

1. It carries out the diagnosis and treatment of neonatal diseases and intensive care. It also cooperates with the hospital's perinatal surgical department to complete fetal surgeries and neonatal surgeries.

3. It undertakes the referral and treatment of critically ill neonates in Chongqing.

4. It carries out neonatal scientific research and academic exchange activities. 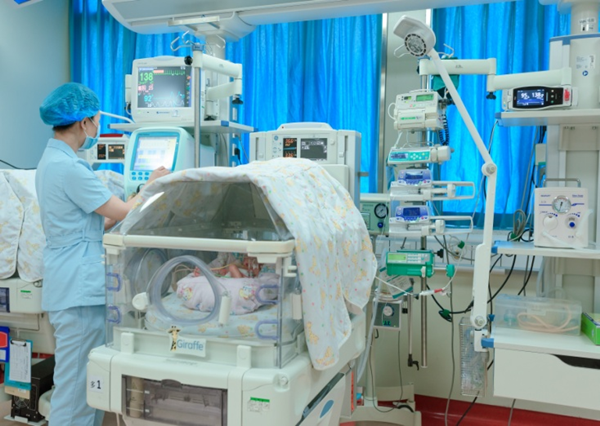 Medical equipment at the Neonatal Department of CQHCWC [Photo/CQHCWC]