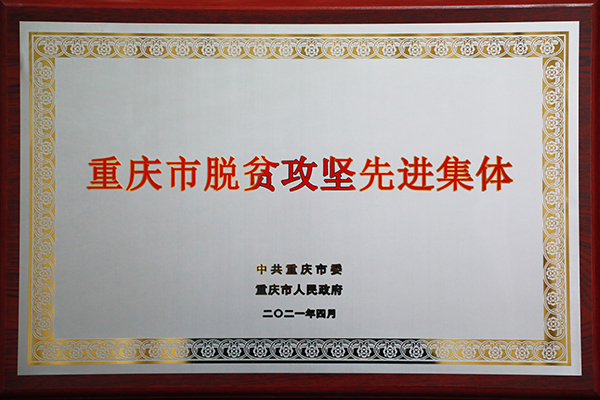 Chongqing Health Center for Women and Children receives an honor for being an advanced unit for poverty alleviation in Chongqing. [Photo/CQHCWC]

Chongqing Health Center for Women and Children (CQHCWC) was honored as an advanced unit for poverty alleviation in Southwest China's Chongqing, according to a meeting held in the city on April 15.

A list of advanced individuals and units for poverty alleviation efforts was announced at the meeting, with medals and certificates given to them.

Wang Jian, secretary of the Party committee of CQHCWC, received the honor on behalf of the hospital, which was the only award-winning subordinate unit under the municipal health system.

CQHCWC has fully leveraged its considerable resources and reportedly helped reduce poverty through ways related to health, industry, consumption and employment. Its innovation in poverty relief has been widely recognized by all sectors of society.

Moving forwards, the hospital plans to provide strong support for rural revitalization in the city and to make greater contributions to its development.