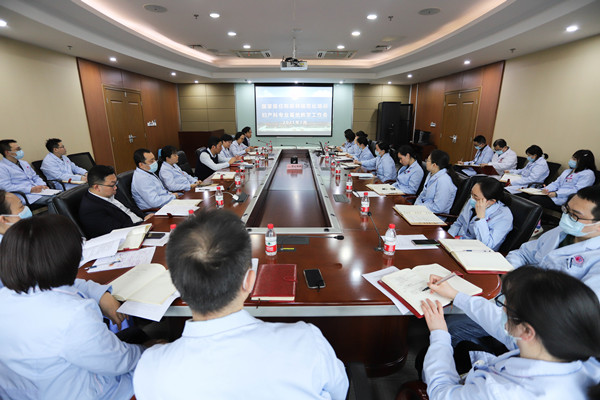 The first teaching conference of the national standardized training base of resident physicians of gynecology and obstetrics was held at the Ranjiaba branch of Chongqing Health Center for Women and Children (CQHCWC) on Feb 8.

More than 40 attendees participated in the meeting, including President Zhang Hua and Vice-president Dan Yang of CQHCWC. The meeting was presided over by Ye Junying, chief of the Science and Education Department.

In accordance with the hospital's discipline construction plan during the 14th Five-Year Plan (2021-25) period, Zhang reported on the hardware and software development of CQHCWC's standardized training for resident physicians.

He suggested improving teaching awareness and building a high-quality national-level gynecology and obstetrics specialty base, improving the management level and making scientific plans.

Luo Qian, deputy chief of the Science and Education Department, reported on the key steps and stages for establishing the specialty base for the standardized training of resident physicians of gynecology and obstetrics. Attendees also discussed topics such as the current development of the base and its development plans in 2021.