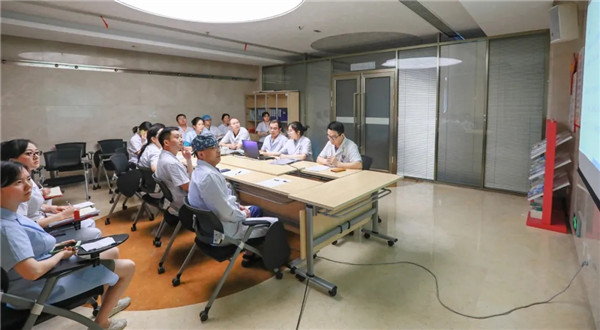 Doctors from multiple departments at the CQHCWC gather to discuss the treatment for a fetus with a congenital diaphragmatic hernia. [Photo/CQHCWC]

Doctors performed the center's first fetoscopic tracheal occlusion, or FETO surgery on a fetus, according to an Aug 14 report on the CQHCWC WeChat public account.

According to Chen Gongli, a doctor from the center and also one of the experts in the country who have conducted this type of surgery, the treated fetus had major challenges to overcome.

The fetus was diagnosed with a severe diaphragmatic hernia and a large number of abdominal organs -- including the stomach, intestine and spleen -- were herniated into the thoracic cavity, compressing the fetal lung and heart.

Chen said the left lung of the fetus was almost invisible and the right lung was also severely compressed. 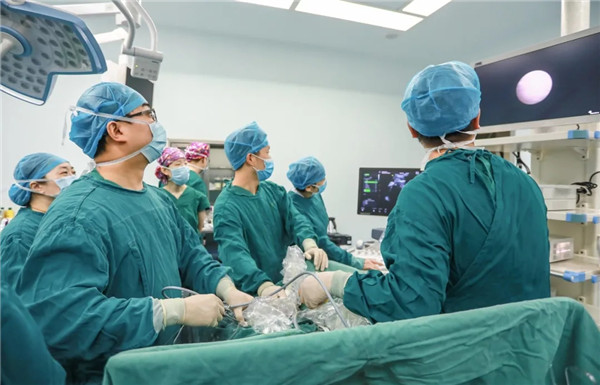 Doctors conduct advanced surgery to save the fetus. [Photo/CQHCWC]

The doctor added that the main reason why newborns cannot survive is a series of problems caused by pulmonary dysplasia. The FETO procedure can increase intrapulmonary pressure and lung volume, reducing the risk of pulmonary dysplasia and pulmonary hypertension in newborns, improving their prognosis and survival rate.

Under the careful preparation of CQHCWC's multi-disciplinary team, Chen successfully performed the FETO surgery on the fetus in the mother's uterus.

Three days later, the fetal lung-to-head ratio had significantly improved and the mother was discharged.