Chongqing Health Center for Women and Children  organized a report meeting on Dec 25 for the four doctors who went to Germany for international medical exchange programs in 2019, according to CQHCWC officials.

The hospital's Wang Jian, secretary of the Party committee of CQHCWC, Dan Yang, deputy director, and Xie Ping, chairman of the Labor Union, attended the meeting.

Deng Rui from the Neonatal Department, Wang Ying and Lu Shentao from the Pelvic Floor and Oncology Department and Yan Yunsheng from the Intensive Care Unit gave insightful reports at the meeting, officials said.

They shared their experiences and gains from their time spent at leading German hospitals. The doctors said they were deeply impressed by the advanced hospital management and medical technologies in Germany.

They also said they learned about prevention and control of infectious diseases in hospitals, building up of data bases and patient care.

The doctors also said that the gap in medical standards between China and developed western countries had narrowed significantly.

They added that colleagues from CQHCWC should learn from their German counterparts because of their rigorous and meticulous work attitudes, and share with them CQHCWC's advanced technologies and concepts formed by years of medical treatment.

Officials said the hospital had attached great importance to the training of talent in recent years.

By organizing hospital-level English training courses, building English website pages and inviting foreign experts to pay visits to the hospital, it aimed to create a platform for more clinical medical staff to "go out and see the world", officials said.

They added that it was to be hoped that the exchanged staff could apply the knowledge acquired overseas to their daily medical research and improve the quality of medical care in CQHCWC.

The CQHCWC plans to further expand communications with overseas hospitals and offer more opportunities to go study abroad for its medical staff in the coming year. 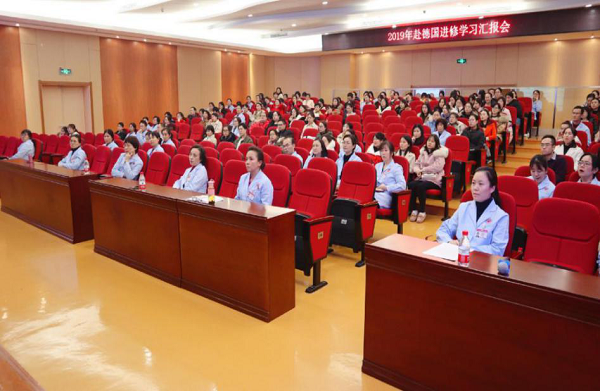 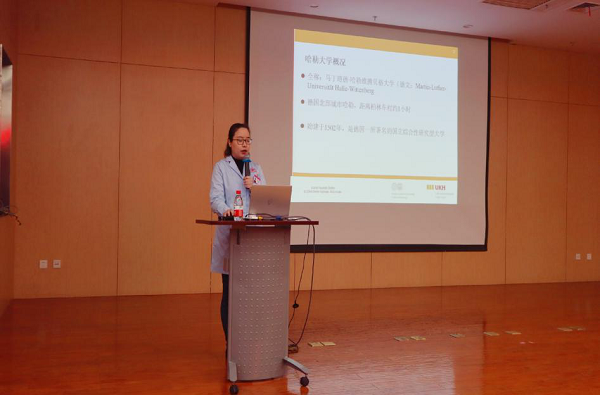 One of the four doctors share her experiences and gains from their time spent in German hospitals. [Photo/Chongqing Health Center for Women and Children]