The Chongqing Health Center for Women and Children held a cooperation agreement signing ceremony for Professor Gerhard Jorch from the University of Magdeburg in Germany on Mar 8, according to CQHCWC officials.

At the ceremony, Zhang Hua, president of the CQHCWC, said that it was an historic moment in the development of the hospital.

According to Zhang, in the coming year the hospital will learn from the German university's top perinatal center, and gradually build a perinatal center of world first-class quality and a hospital.

He said he hoped that through a series of in-depth academic exchanges and cooperation, international cutting-edge technologies, medical achievements and management experience would be introduced to Chongqing -- helping the hospital step on the international stage in the field of perinatal medicine.

Gerhard Jorch is a professor of general pediatrics and neonatology at the Otto-von-Guericke University of Magdeburg and director of the university's children's hospital.

His clinical research work mainly focuses on premature infants – in such conditions as brain blood circulation -- and sudden unexpected infant death. Colleagues say he was one of the first experts who applied transfontanellar Doppler-ultrasonography to investigate neonatal cerebral circulation. 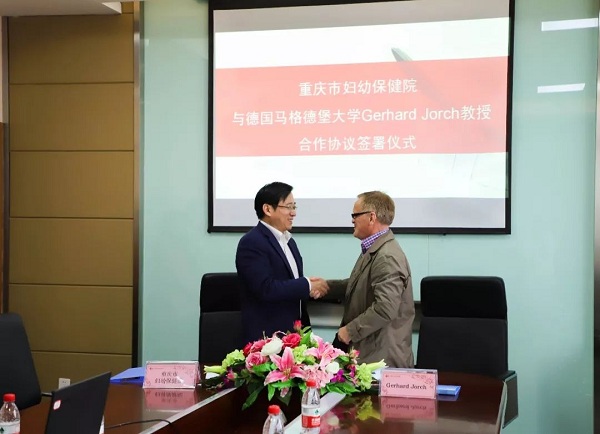