The Second Yangtze-Rhine Neonatal-Perinatal Forum was successfully held at the Chongqing Health Center for Women and Children (CQHCWC) on October 10.

Zhang Hua, president of the CQHCWC, expressed a warm welcome to attendees at the conference in his speech.

Zhang introduced that the CQHCWC had completed the building of the China-German Joint Perinatal Medicine Center over the past two years. He added that it would further strengthen cooperation with its German counterparts, enhance its medical capabilities in the treatment of premature babies and newborns in critical conditions, and strive for higher achievements in the improvement of women's as well as children's health. 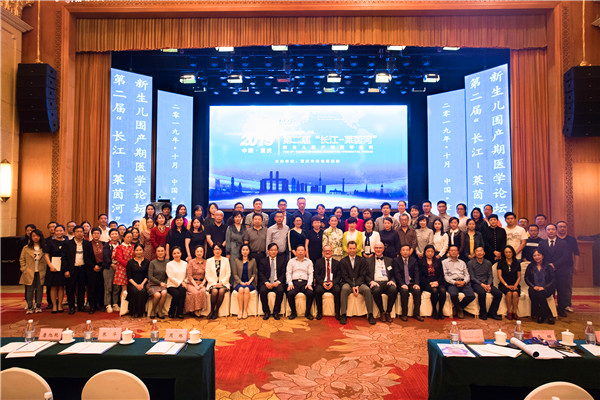 Participants take a group photo at the event. [Photo by Chongqing Health Center for Women and Children]

The CQHCWC then unveiled its proposed standards concerning the building of a perinatal medicine center in accordance with the requirements of the Yangtze-Rhine Neonatal-Perinatal Forum, which was a joint effort made by Chinese and German medical workers and a new starting point for the construction of such a medical center in the future.